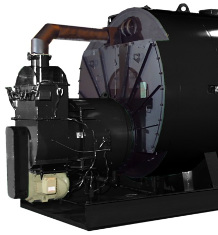 Every once in a while an opportunity comes along that everyone wants to get involved with. Recently our sales department became aware of a project involving two 1,800 HP high pressure steam boilers for Jack Daniel’s Brewery in Lynchburg, TN. We knew our competition would be clamoring for a chance to secure this business for a high profile nationally recognized company. With that in mind we dug in and developed a game plan to close the sale.

In partnership with our local representative Industrial Boiler and Mechanical we organized our efforts to highlight the historical significance of Jack Daniel’s Brewery, which began operations in 1866 and Johnston Boiler Company, which began operations in 1864. From there we detailed the significance of our quality and attention to detail which are synonymous with both organizations. It didn’t take long for the relationship between Jack Daniel’s Brewery and Johnston Boiler Company to develop and we were able to seal the deal.

Of course we accommodated their request to paint the boilers Jack Daniels black and silver with the Old No. 7 logo. The boilers are now in production and we expect to make delivery sometime in late October or early November, just in time to make the winter batch of that now famous Jack Daniel’s sour mash Tennessee whiskey.

We would like to congratulate Industrial Boiler and Mechanical and Johnston Boiler Company for making this happen.